Is it arrogance, or self-defense 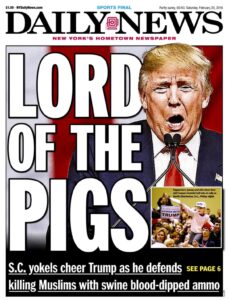 I have been trying to wrap my head around the last 4-years. On Nov 9th, the day after the last election, a prominent lawmaker started preaching “Impeach 45” ... before the winner ever took office.

For 3 years, and $40 Million, that same party investigated the sitting President to see how the Russians colluded, finding out it was the losers party that actually did that.

Impeachment came when the sitting president was accused of abuse of power - asking another government to investigate corruption. Now we have reasonable proof that the losing party was actually abusing power.

The same losing party from the previous election is rioting all over the country, and threatens to continue if the current party wins in November.

The last losing candidate advises this candidate “no matter what - do not concede” and yet the accusations are that the sitting President will not allow a peaceful transition of power. 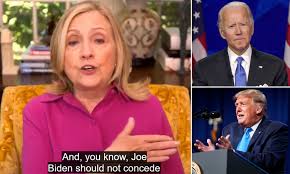 We have a global crisis that no country is handling well around the world, yet all the blame goes to one person?

Then I look back to the previous 8-years, and the slowest economic growth ever recorded. No increase in real incomes, taxes raised in the “trillions” of dollars, loss of freedom on healthcare, and the divisive politics of “elections have consequences“ - attitude.

All of this happened, and we only see one side reported in every main stream media outlet. Now, even social media turns off the voices of one party, and amplifies another.

It is really easy to see why the sitting President is not liked. He is brash, arrogant, and abusive to his critics. I can’t give him a pass on his behavior, but I can understand it to a point. Any previous President that had the record of achievements this one has, should win in a Landslide, much like Reagan in 84. In speaking a to a family member just the other day, she had no idea that this sitting President was nominated for not one, but THREE Nobel Peace Prizes. Why isn’t that talked about? She wasn’t aware that real incomes raised more in 3 years than they did in the previous 10. Black unemployment was below 6% for the first time in History. 5 Million Americans rose above Poverty levels. And poverty as a percentage of population was below 10% for the first time ever.

Would you take this type of assault without fighting back?

Think for a moment ... If the press had been complimentary for any or all of these achievements, how would the President have reacted? How would you react if not one of your accomplishments in the last 3 years were touted or applauded? For God’s sake the last President was given a Nobel Peace Prize just for being elected and not doing anything.

How can any, reasonably intelligent American think the current President was treated as anything but unfairly? I’m sure many of you jumped off this post after paragraph 1 ... for those that stuck around, thank you. I’m disgusted in party politics. That is the only reason that we are in any type of economic situation. Party’s can’t agree on anything and YOU are a pawn in this chess match.