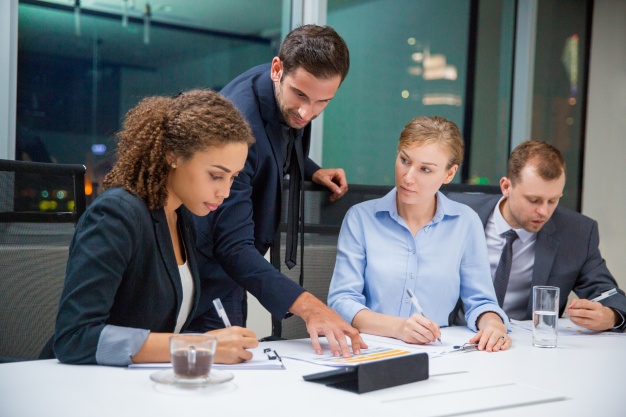 Full Transparency – This article comes from “The Next Web” site … I thought it was a great article, and want my readers to be able to enjoy it easily!

Amidst all the talk about talent shortages in science and technology, an even more serious shortfall has flown under the radar: up-and-coming company leaders.

According to LinkedIn, companies worldwide consider leadership development their top talent challenge. Eighty-six percent say it’s “urgent” or “important” that they stock their leadership pipelines, yet a similar 85 percent say they’re struggling to do so.

If the problem isn’t one of awareness, what’s stopping today’s executives from grooming the next generation? In a phrase, shifting skill sets. Ironically, as technology advances, “soft” skills are edging out technical skills as those most important for modern leaders. Because 85 percent of the jobs that will be held in 2030 don’t yet exist, companies are betting on workers with always-in-demand skills, such as critical thinking and emotional intelligence.

That creates a challenge for current executives, most of whom were hired before software and online tutorials existed to shore up technical skill gaps. Instead of choosing the next team lead based on who can build the best widget, they’re now trying to evaluate employees on concepts that barely existed in pre-2000s workplace parlance.

Soft skills are, without a doubt, more difficult to spot than technical ones. Beyond basics like punctuality and respect, what exactly should executives be looking for?

1. An infectious sense of purpose

The ugly secret of workplaces around the world is that barely one employee out of 10 is engaged. Although Gallup found U.S. employees were somewhat more engaged than their global peers, it stressed that current methods of employee incentivization and evaluation are broken.

What does engage today’s workers? According to Curt Cronin, CEO of leadership consulting firm Ridgeline Partners and a former U.S. Navy SEAL, it’s the same thing that drives any of us to join and stick with a team: transparent, purpose-driven leadership.

“Building a team is all about aligning everyone around a ‘meta-purpose,” Cronin explains. To do so, he says, a leader must learn each person’s “why” — why each chooses to walk through the doors every morning, why what each person does matters to him or her — and show how it dovetails with the team’s broader mission. “The context matters just as much as the actual content of the mission,” Cronin adds.

Getting to the bottom of what motivates others, however, requires a skill few executives had heard of until a few years ago. Emotional intelligence, or EQ, describes how well an individual can identify and manage not only one’s own emotions, but also those of others. According to TalentSmart, nine in 10 high performers in the workplace exhibit high EQ — an attribute shared by just two in 10 poor performers.

Despite the correlation, picking out individuals with high EQ isn’t as simple as looking at job performance. Annie McKee, a senior fellow at the University of Pennsylvania who teaches courses in leadership and EQ, suggests looking for four traits: self-awareness, social awareness, self-management, and relationship management.

Self-aware people constantly evaluate themselves, possessing an intimate knowledge of their own tendencies, strengths, and emotions. They’re often excellent self-managers who set goals, reflect regularly, and express themselves appropriately. Those who are socially aware, meanwhile, notice those things in others via verbal and physical cues. Excellent managers of relationships leverage the other three traits to inspire others and foster commitment.

Skills like EQ may be eclipsing technical ones in terms of leadership qualifications, but up-and-coming leaders know nothing gets attention like excellent work. Their pride and investment show in every email they send, project they work on, and customer they communicate with.

People with high standards, however, tend not just to apply those standards to themselves. By way of example, they encourage their peers to produce work with the same care and attention to detail. Put in leadership positions, their standards can permeate the entire company.

In fact, a “culture of high standards” is what Amazon CEO Jeff Bezos attributed the company’s success to in his 20th anniversary letter to shareholders. In Bezos’ view, that culture is responsible not just for Amazon’s excellence in product development and customer service, but also has made it “protective of all the ‘invisible’ but crucial work that goes on in every company.”

Someone may be engaged, emotionally perceptive, and standard-setting in their own work, but if they can’t keep a team project on track, they’re not cut out to lead. Project management is one of those skills that’s important in every workplace, with every mix of personalities, and on initiatives of every size. Companies look for it in their leaders because, according to the Project Management Institute, project management totals somewhere between 7 percent and 11 percent of a project’s total installed cost.

Effective project managers draw on a wide range of skills and disciplines. These managers are clear communicators, both within their team and across the company; they’re driven by purpose, and they understand what motivates others to do their part. They also creative problem solvers, as well as sharp analysts, equally skilled at mediating disputes and preparing executive reports. Because project management requires such a broad skill set, those with a knack for it can make great CEOs.

Are those four factors the perfect formula for finding the next CEO? No more so than the law school aptitude test can identify the next Clarence Darrow. Think of them like any other aptitude test: They offer a window into who might be a good leader, not a guarantee of who will succeed in such a role.

In other words, the best today’s leaders can do is to identify those with potential. To become tomorrow’s executives, those people will need the desire to lead, the courage to fail, and the perseverance to try again. And those things they must find in themselves; not even the savviest talent scout can do it for them.

At the Kole Performance Group, we focus on these soft skills as well as many others! Let’s get together to discuss how we can increase your pool of future leaders!